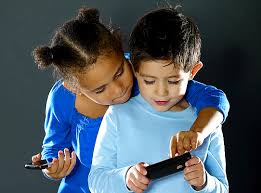 The TV is no longer the only form of technological entertainment-for kids and adults! When my first child was a baby, I stimulated his mind with classical music while he watched a Baby Einstein DVD. As he smiled at the moving toys and watched the cause and effect relationships of each, he giggled and was very focused. By the time I had my second child, I could not watch and listen to it anymore. I loved the music, but the repetitive moving plastic toys, started to irritate me (and I was even multi-tasking!)

The iPod came on to the market in 2007-the birth year of my third child. By age 2 he somehow got hold of it and he was satisfied during fussy spells. I found that this device could be used as a quick babysitter while I did my grocery shopping! Soon, my then 4 and 6 year old children became interested in playing on the iPod too! I helped them each find so many free apps that were a mix of games and educational fun. We began reading and listening to bedtime stories on it. This was by far, a cooler toy than the Atari that I played when I was a child!

However, I did witness some negative effects from too much iPod use. Just like with any toy, when I needed to take away the iPod (because I needed to use it) my children would have tantrums. I finally had to put my foot down and use the microwave timer to allow each child to play for 10 minutes at a time. They learned this routine well and the tantrums became non-existent. Too much of a good thing can definitely become a bad thing. In fact, in 2001, the American Academy of Pediatrics recommended no screen time for children under age 2. I am sure some parents have already introduced their babies to the ipod, as I did, however no research proves that ipod use is damaging. Some studies do warn that attention and behavior problems could result, though. However, too much of anything can be damaging, right? Too much computer, TV, alcohol, video games, ice cream, shopping can be detrimental.

We must be careful to ensure that a child is not engrossed in using any device for long periods of time. Adults must rely on their intuition and anecdotal evidence to guide their decision making about when and how much technology their children interact with. It is our responsibility to teach children (and ourselves) the appropriate and inappropriate uses of such new novelties.

Technology can make the lives of children better, as Warren Buckleitner proclaims. The NAEYC also asserts that “we now have the tools we need to start improving the quality of childhood.” What research does tell us, is that “the brain is changing in response to the changes brought about by the high tech information age in which we live” (2010). Did you know that our brain has cravings? Sprenger’s research reveals that the brain craves novelty, excitement and innovation (2010). Technology such as: iPods, iPads, video games and interactive white boards offer children (and many adults) this type of stimulation. 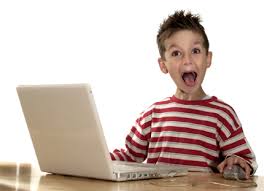