I am guilty. I let my children play on the iPod and laptop and also watch Disney Channel. Now that our family is in Saudi Arabia, a very private country and private people, we are challenged with “what to do?” In the US, they would ride their bikes, swim and play at the park. Here in the desert, the daily temperature is 100, so going outdoors happens rarely during the day time. So, technology has come to the rescue! Deep down, though, I know that they need to be outside! I investigated how much damage that I am actually doing to them, this summer. This is what I found out…..

“Natural sunlight actually makes people happier! It stimulates the pineal gland, the part of the brain that regulates the “biological clock,” which is vital to a healthy immune system. Playing outdoors, allows children to learn through all 5 senses (sight, sound, taste, touch, smell). Children who spend too much time learning from the tv, computers and video games are using only two senses (hearing and sight), which can seriously affect their perceptual abilities.”

Granted, it is summer time still and school will begin in less than 2 weeks. Schools have playgrounds here, that are covered in sheltering tarps. So, I have no doubt that they will we will get the outdoor experience that our bodies crave. I always hated being outdoors in the US, but now I crave it!

So, now, I must go outside today and have some fun smelling the grass (flowers by our door entry), touching the ground (sand), tasting fresh fruit (dates here in Saudi), seeing the sunset and hearing the birds sing (pigeons). I already know that happiness will  follow!

Until then, I guess I will be a bad parent…just kidding. Some evenings, we do go for a walk at the beach. We enjoy the sunlight as we walk from the parking lot to the mall. Ok, who am I kidding. I have some improvements to do. Any suggestions? -Andrea My point of this post is to make you laugh, like I did. We are all so serious with getting our kids off to their “back to school” first day of school. Or/and we are tirelessly working in our classrooms. If you find this post not funny, please send me pictures that are funny! Let’s laugh together now!

Yes, Dad’s backpacks do come in all sizes!

Someone does not spell well!

What the what? No Way! These are not on the school supply list – anywhere!

Yep, parents are celebrating…don’t deny it!

If you haven’t checked out ZOODLES-you really should. It is a great website and app that I am having trouble explaining how awesome it is! My kids love it. It is free and took just a few minutes to set up my children. By typing in thier birthday, the app/website automatically generates age-specific games, stories and websites for that child. My kids love opening the app and clicking on thier name and picture to direct them to their very own learning site!

I downloaded it on my Kindle Fire, iphone and home PC’s for my own 3 children. It send me a report each week of what they did. It is educational and provides age and kid-friendly websites and YouTube video’s for each of them. I think it is a great way of keeping track of what a child has been working on. It can also be used in the classroom. Think about those children that are not easily motivated…..well this could be a solution. Zoodles has games, website, and a doodle pad to encourage creativity. Each picture that the child creates, is saved and sent to you on a weekly email report. It’s like a portfolio. Drawing that the child made…. It even has video mail! You send an email to the person you will allow and then they can send a video message email! How cool is that, right?!! It is great! I just had to share my excitement with you!

Is your all time hero Mother Teresa, Amelia Earhardt, Abraham Lincoln, Princess Diana or Michael Phelps? Perhaps your hero is Mohhamed Ali or Martin Luther King Jr. All of these passionate historical heroes are truly special and brave. According to Encarta, a “hero” is somebody who commits an act of remarkable bravery or who has shown an admirable quality. Whoever your hero is- you more than likely admire him for his character and his actions. 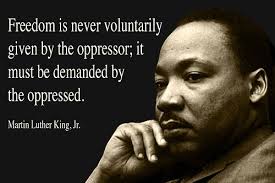 During the London 2012 Olympics this year, heroes have truly emerged. 19-year old Usain Bolt won the gold medal in track and field while showing his flair and pride. He made history as the first man ever to win the sprint double, twice. And of course, Michael Phelps has won the most Olympic medals-ever! What persistence and dedication he has had!

There are many athletes that do not make the headlines, however anyone who tried out for and also made it to the Olympics are role models. Years of training and perseverance led them to compete among the best athletes in the world. They believed in and then chased their own dream. That is inspiring in itself!

One unlikely hero, who inspires me to simply “try it” is Wojad Shaherkani, a woman athlete from Saudi Arabia. She is one of the first woman athletes EVER representing and competing in the Olympics for her country. Prior to the London 2012 Olympics, Saudi Arabia did not permit women to perform in the Olympics. This 16-year old judo competitor, stuck to her Islamic practices. She competed in her head covering, even though judo is a contact sport. The strict dress code did not allow her to wear the traditional Saudi head scarf, so she wore a swim cap instead. Perhaps she was thinking, “I can do it my way, and your way. You won’t stop me.” Her acts were brave and I truly admire that her actions speak volumes. Many people spoke negatively of her athletic participation and still do. Coming from a country where women are denied equal rights, Wojad pressed forward and stood up for Arab women. She wasn’t being an extremist, but a hero, instead!

Age has not stopped certain athletes. The most decorated Olympic Basketball player ever, Teresa Edwards holds the record as both the youngest and the oldest Olympic gold medalist in women’s Basketball. She was 20 at her first Olympics and 36 at her last. I am sure that over the years, she thought to herself, “why stop”?

15-year old Gabrielle Douglass is the first African-American to win the gold medal for gymnastics. She competed against world champions and world record holders. Her poise, focus, and stamina allowed her to perform with a smile. Her many years of training paid off. Do you think she ever felt out of place at the gym? If so, she didn’t let that sway her or steal her confidence.

The Olympics are a great tool and backdrop for teaching our children to be strong and brave. When my children viewed the pole vault, high jump, running and diving events-they were amazed and attentive. They had never before seen someone do such interesting feats. My daughter became a gymnast at home, while watching the competitors. My youngest son was inspired to jump-a lot! I was both surprised and happy to see them enjoy watching the Olympics. Perhaps, it was like a live action video game to them. Most of all, I want them to partake in hard work, display confidence and persist when things seem hard. I thank these athletes for their inspiration!

Music speaks to you and allows you to speak. Think of the messages that you have heard in music. Love and heartbreak are easily felt within lyrics of slow songs. Songs can can affect your mood. We even can remember jingles, lyrics and tunes from our own childhood. Certain songs bring back memories. We sing when we are happy. We hum in the shower. Young children even hum and sing while “going potty.” Nursery rhymes like “Twinkle, twinkle” always remain on the tip of our tongues!

Why is music so powerful? How can it move us to make decisions? The anwer is in the make-up and math of music. Did you know that some of the first types of recorded music were made using mathematical formula’s? In the 1600’s, Johan Sebastian Bach composed this calming music, also called baroque. For children and adults alike, this 45-60 beats per minute music can regulate heart rate, respiration and brain waves. This type of music relaxes us. It is the music you hear at the start of movies, or in a love scene. When children listen to this type of music, while learning, it activates both sides of the brain! It regulates the heart beat and brain waves and relaxes the child. Music helps in concentration and increases memory and learning by 10%!

On the other hand, Classical music inpires creativity. Mozart and Beethoven composed this 60-80 beats per minutes, classical music. Although it is more upbeat, it stimulates creative thinking. Classical music is an appropriate style to play while students are working on a group project or listening to a story. On tv, it is the music that is played during an important event. It grabs your attention and gets you thinking and wondering.

Most songs contain rhymes. Our brains enjoy rhythm and rhyme! Music also helps us store information in our long-term memory. Amazingly, both music and memory are located in the same area of the brain-the limbic system. When we put words to music and create fun rhymes and songs, then we will most likely remember both the music and words. This research is a breakthrough for educators. Many teachers use song and rhyme to teach many skills. Music can be played during test taking or can be used to transition students from one activity to the next. Certain schools in Taiwan, even use music instead of a school bell, to signal changes between classes. Music is truly powerful and I hope that my ravings will inspire you to use songs and styles in new ways.