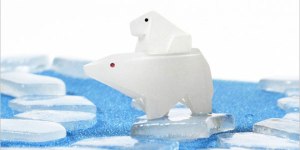 I have never taught about global warming in my kindergarten class. Have you? I have not even talked to my own children about how polar bears and other cute animals are losing their homes as a result of global warming. Perhaps because it is an issue that is new to me. After viewing the following video, I realize that as an educator, it is important to teach children about how our world is actually “melting.” It will be our children and our children’s children who will have to solve these problems. It is our job to prepare them. One way of teaching them about the dangers of the melting Arctic, is through a board game that actually “melts!” A german company created it. This short video clip explains it in a snapshot. Enjoy! 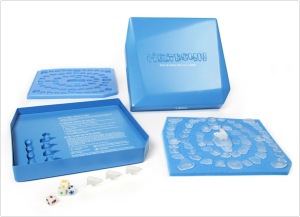 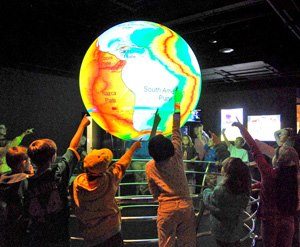 On this mornings digital New York Times, I read about a new technology that I did not even know existed. Sure, I’ve seen some amazing computer screens and animations on Iron Man, but never anything similar for real people. So, I began wondering why this was such a treat for me to read about. To be honest, I find it difficult to find interesting technology lessons that deal with Science. What about you and the technology that you use in the classroom? What subject do you use technology in the most? Perhaps it is a digital Math curriculum, similar to Pearson Success net. Or maybe you incorporate iPad’s or Interactive Whiteboard lessons into sight word games and lessons. It is even possible to use Brain Pop and Brain Pop Jr. to teach Science in a fun way. How about Geography and Astronomy? The more specific a topic becomes, the trickier it can be to find technology to use in an interesting way in the classroom.

“Earth on a Sphere” or the “Magic Planet” is a two foot 3-d model of the Earth. It is not projected onto a flat surface. It is actually projected onto a spherical screen, using four projectors! It is the aspiration of the inventor, to one day have such models in classrooms, just like interactive whiteboards are becoming more common. Currently, there are 85 models in institutions around the globe. Most of them being in museums.

Lessons have already been made for classroom use; however, they focus on older elementary age levels. One such lesson was created by an 11-year old girl. She researched how global warming affects animal life. She then projected her results onto the sphere to show how climate warming actually affected the turtle population and how warming caused more female turtles to be born.
In the videos below, the movement of airplanes is shown over time lapses across the globe. In addition, the illumination of lights at night is shown on the 3-d Earth on a Sphere. Even a visual of the ocean currents during a Tsunami are shown. This information in a 3-D model is genius and I hope to see one in the future!

What do you think? Is this something that could be used in your school or classroom? If so, how? I would love to hear your ideas!

Science on a Sphere Information: http://www.sos.noaa.gov/What_is_SOS/index.html English: NOAA’s Science On a Sphere ® in the Planet Theater at the Earth System Research Laboratory in Boulder, CO (Photo credit: Wikipedia)